Primary joint replacement with same day discharge (SDD) has been shown to be associated with substantial cost reduction and high patient satisfaction. The purpose of this study is to compare patient-reported outcome (PRO) scores, pain scores, readmissions, and amount of opioids used in morphine milligram equivalents (MMEs) per day in patients who underwent SDD total hip arthroplasty (THA) versus those who underwent traditional inpatient THA.

A retrospective study was conducted on 963 patients who underwent primary THA at our institution between September 2016 and December 2018. Two cohorts were established based on whether the patient underwent SDD or traditional inpatient THA. An interactive patient engagement application was used to collect PRO scores (HOOS JR., VR-12 PCS and MCS) and pain scores. To control for demographic variables, a hierarchical multiple regression analysis of PRO scores was conducted.

Four hundred fifteen patients (43.1%) in this study underwent the SDD protocol. There were significant differences between both cohorts with respect to sex, age, BMI, ASA, and smoking status. The unadjusted bivariate analysis revealed that the SDD cohort used 52% less MMEs/day, had a significantly greater change in VR-12 PCS, and had significantly fewer readmissions. Both cohorts had equivalent decreases in pain scores. After controlling for demographic variables in a multivariable analysis, the SDD cohort was found to have higher PRO scores at all time points, but there were no significant differences in the change in PRO scores over time between the two groups. 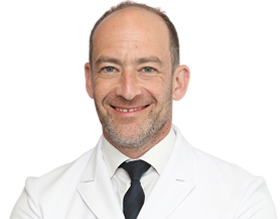